In Part I of this four-part series we discussed the history and evolution of electronic health records (EHRs) and their unique aspects and capabilities. Next, we will discuss the impact EHRs have on litigation and the challenges they present to legal practitioners. 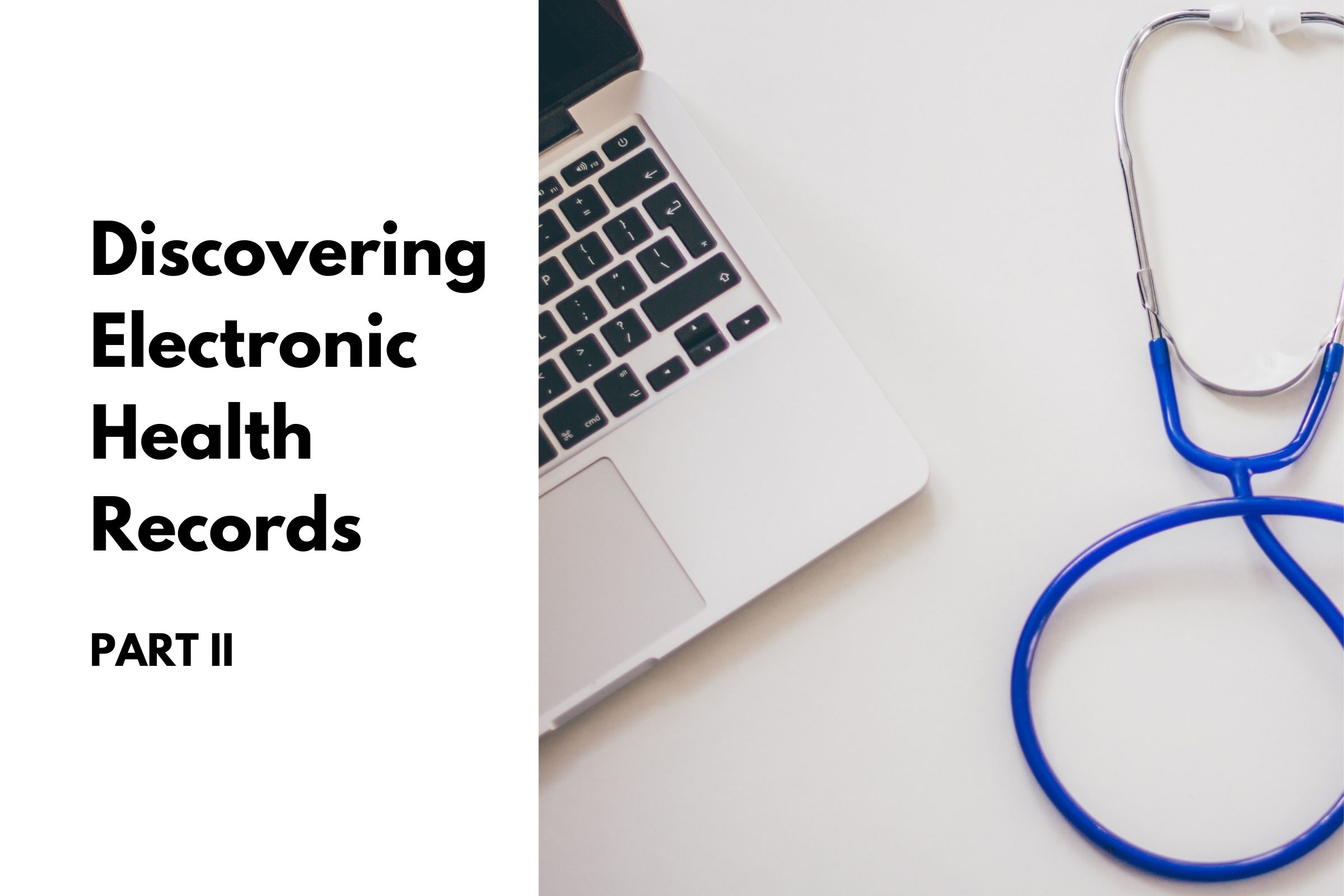 Although there has been exponential growth in the installation and meaningful use of EHRs, the healthcare industry has been primarily focused on the implementation of the EHR systems and their use in providing clinical care, rather than on information, data governance, and policies and procedures for responding to litigation and regulatory investigations. The legal (and medical) community is now faced with the task of understanding EHRs in order to determine the impact on litigation. This involves a number of critical questions, such as:

Just as there are unique aspects and capabilities of EHRs as compared to paper medical records, there are unique challenges presented when determining how best to collect or utilize electronic health records in litigation.

One of the first issues that a legal practitioner may face when it comes to discovery of EHRs is:  what data should be collected? With EHRs, a patient’s records may involve not only the more traditional charts and entries, but may also include emails, digitized voicemails, text messages, pop-up warnings regarding potential adverse drug interactions, computerized calendaring programs, and even data transmitted from electronic medical devices or “wearable” health and fitness devices and apps. Further, the electronic data may be stored in multiple locations, including servers, PCs, tablets and smartphones.  Such data may even be hosted “in the cloud” by a third-party service provider.

The myriad sources of data are something of a unique challenge. The healthcare providers themselves may not necessarily understand what all needs to be preserved in the face of pending litigation.₁ Historically, if a patient were to send a handwritten letter containing health information to a provider, such a letter would almost certainly have been saved within the medical file and preserved as potentially relevant information in a pending malpractice lawsuit. If that same patient were today to send a text message or email to the physician with similar health information, would the physician still save or incorporate that text into the patient’s file?₂ Would the physician even know how to properly preserve a text message?

Attorneys requesting medical records must gain a complete understanding of all the potential sources (and volumes) of data, which often requires the assistance of IT departments or even third party service providers.

In a medical malpractice case, a plaintiff patient requested all relevant treatment records be produced by the defendant hospital, which was using an electronic medical record system that did not have a “print” feature.₃ The hospital had serious difficulties in determining how best to produce the data requested. Ultimately, hospital staff had to take screen shots of each page of the patient’s “record,” which resulted in four banker boxes full of paper that was disorganized and difficult to interpret.₄ Presumably, the sophistication of most EHR systems has advanced since that time, but the problems still persist. Healthcare providers may utilize multiple EHR systems or user interfaces within and across departments. “Print” functionality may not be built into or available in all sections of the record or system, and printed documents may be voluminous, difficult to interpret or look nothing like what the provider would see when entering the data.

In fact, the concern regarding the form of production versus how the data is displayed onscreen to the provider of care can be quite problematic when it comes to depositions. When a provider relies upon printed copies of a patient’s medical records in a deposition setting, it may look nothing like what they would see on the monitor at the time of treatment.₅ This could result in deponent anxiety, or even inaccurate or incomplete responses.₆

The issues presented by metadata are two-fold: 1) whether metadata is “discoverable,” and 2) if metadata is discoverable, whether it should be collected in a particular case. The courts have provided conflicting opinions on the issue of discoverability. In Hall v. Flannery, the U.S. District Court for the Southern District of Illinois held that the audit trail is part of the medical record, as neither the peer review privilege nor the work product privilege protected the data, and ordered the defendants to produce all portions of the audit trail that were responsive to the plaintiff’s discovery requests.₇ However, in the more recent Vargas v. Lee et al. case, the Supreme Court of Kings County, New York, ruled that a defendant hospital was not required to produce the audit trail associated with its electronic records without a showing of good cause from the plaintiff patient.₈ Compare these decisions with Peterson v. Albert Matlock, et al., where the U.S. District Court, District of New Jersey agreed that the production of medical records in native format would cause “undue hardship” on the defendant, but that the defendant must still produce the audit trail.₉

Should metadata and/or audit trails be considered discoverable, what might be the benefits to collection? Metadata may actually contain a veritable gold mine of information. Consider that the value of an EHR system depends heavily on the users accessing and inputting data into it. If the data entered into the system is incorrect or contains errors, the issues that may ensue down the line can be plentiful. Typos or wrong clicks can have very serious consequences in EHRs. As healthcare providers are often pressed for time, they may be trying to enter information as quickly as possible, which may result in shortcuts and mistakes.  Resulting errors may include:

Understanding when and how to collect and review EHR metadata can provide attorneys with invaluable insight into when (and by whom) the record was accessed, updated or deleted. This may lead to a more complete picture of the patient’s care in a medical malpractice claim, or even the identification of alternative causation in a product liability lawsuit.

Part I of this series discusses the history of EHRs and their unique capabilities.

Part III of this series will review three case studies taken from actual EHRs produced during discovery and outline the common issues during the review in claims and litigation.

Part IV of this seriers will discuss what's next for EHRs in litigation. 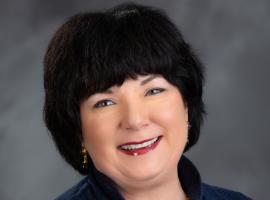 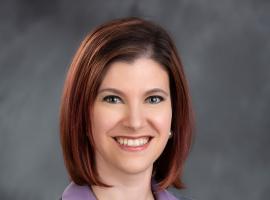 Mobile Medical Apps and Wearable Devices: The Impact on Litigation and the Legal Industry
Sci-fi movies and television shows of the past have featured “scanning” devices that assess one’s vital signs, similar to Star Trek’s tricorder device of the 1960s, or that scene in the 1990s movie Total Recall. Fast forward to present day where…
Making Fact Sheets, Discovery & Document Management Work For You in Litigation
Plaintiff Fact Sheets and Coordinated Discovery In complex litigation, one of the key benefits of consolidation – in federal or state court – is the ability to coordinate discovery efforts across multiple individuals and parties, saving countless…
The Evolution, Benefits, and Challenges of Alternative Dispute Resolution and Online Dispute Resolution
Anyone working within or around the legal industry knows that the industry has undergone sweeping changes in recent years. Four main trends have affected the legal profession: globalization and regulation, technology, client evolution, and…
Discovery Strategies for the IoT and Smart Devices
In litigation, if discovery is inevitable, manage the process carefully to control the scope and costs. This is especially critical in litigation involving “smart” and highly technical products. Let’s begin with an overview of the Internet of…
Discovering Electronic Health Records - The Intersection of Medicine, Technology and Law: What's Next? [Part IV]
In Part I of this four-part series we discussed the history and evolution of electronic health records (EHRs) and their unique aspects and capabilities. In Part II, we discussed the impact EHRs have on litigation and the challenges they present to…